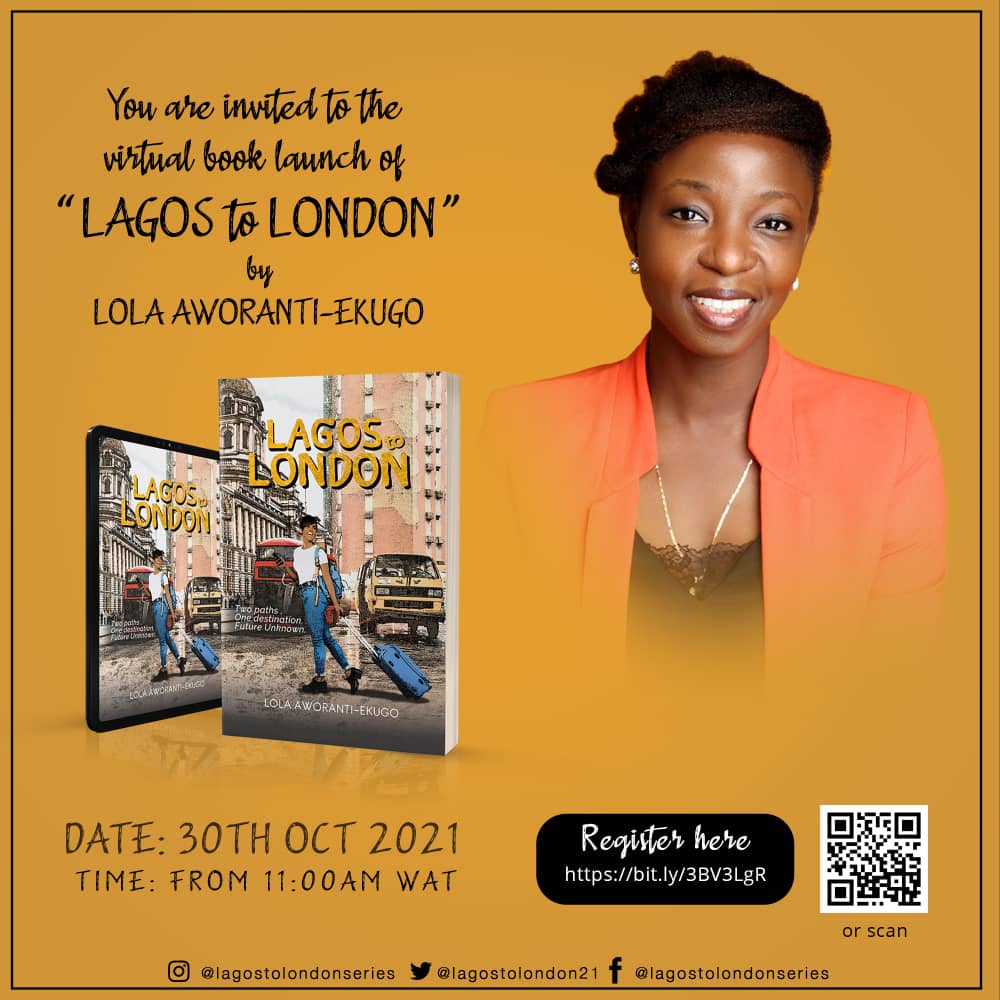 The Lagos to London Novel is set to launch on Saturday, the 30th of October, 2021! To commemorate the ceremony, there will be book readings, reviews and a panel discussion titled ‘The japa syndrome: The stark reality of Nigeria today’ with several speakers including Odunayo Eweniyi, Co-Founder Piggyvest; Stephanie Coker, Nigerian on-air personality and a television presenter for MTV Base Africa and Ebony Life TV; Anthony Oduwole, Co-Founder and CTO, VertoFX UK moderated by UK based TV & Radio Presenter and Producer, Esther Alade. Other notable speakers will include Chiamaka Obuekwe, Co-founder and CEO of Social Prefect Tours. They will share various their thoughts and experiences around immigration, especially the high spur rates in recent times.

To register for this event please visit the following URL: https://bit.ly/l2lvirtuallaunch →